Categories Menu
Home » Who I Am 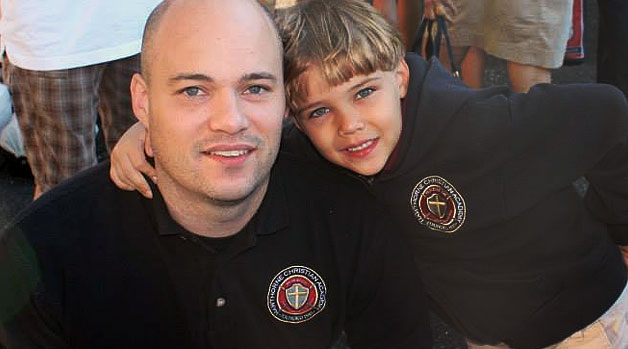 My name is Ken; I am both a high school teacher and the Technology Coordinator of a PreK-12 private school in northern New Jersey. I’ve been teaching since 1998 and I’ve loved technology for the majority of my life. The opportunity to mix the two has been both a blessing and adventure.

Something about technology always appealed to me.  Thanks to the benevolence of my grandmother and some donations from friends of the family, I was able to start using computers in high school, when most of my friends and classmates were still using electronic typewriters or electronic word processors. I remember copying BASIC code out of a series of programming books and magazines which likely led to my interest in Computer Science, my declared major in college.

After about a year in college, I interestingly had the foreknowledge that I would really want to have a family someday, and a life with computers would likely consume all my time.  So, I decided to leave computers behind, and eventually found myself as a Math Education major.  After finishing my degree, I became a Math teacher at the same school my wife, a fourth grade teacher, had been for a few years.  Somehow my affinity for computers became known, and I was quickly asked to start developing some computer courses.

Though I love teaching Math, I was very excited about the prospect of developing some computer courses for our students; especially given the lone computer course for high school students was on keyboarding and word processing.  So, in my second year, I began teaching an introduction to information systems course modeled after a similar course I had taken in college.  Soon after, we introduced an introductory programming course as well.  It didn’t take long for my schedule to necessitate a forsaking of math given our catalog of computer courses.

Working as a teacher in a private school is seldom a lucrative venture, so when my wife took maternity leave with our newborn daughter, I needed to acquire some extra income in order to stay at the school.  It was quite timely that the principal of the school gave me the opportunity that very year to be remunerated for my assistance with the staff computers.  After a year or two, I found myself building machines from leftover parts and started supplying them to our teachers for their desks.   Soon, I began assuming the role of Technology Coordinator of the school.

During my years as the Tech Coordinator of the school I have had the opportunity to research, test, and utilize technology for a variety of purposes. I’ve learned a lot along the way, and I’d like to start sharing.

In addition to teaching and tech, I am also a husband and father.  My wife, Kim, and I have been married since 1997. As of this writing, we have six children, with 5 boys having trailed our lone daughter.